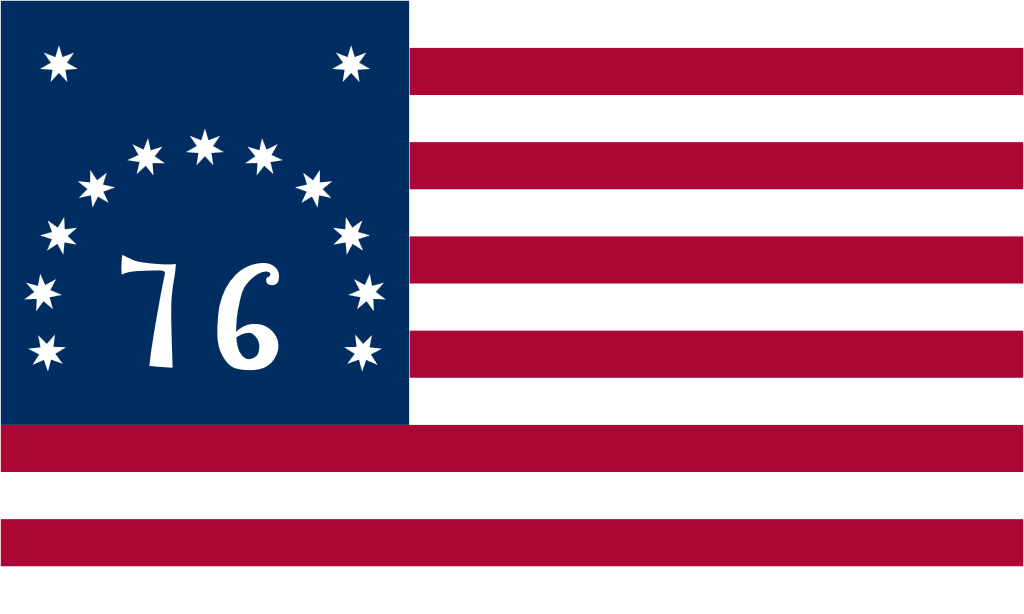 Flag flown at the Aug. 16, 1777 battle of Bennington, VT in which a colonial militia was victorious over a British force. While the flag includes the familiar 13 stripes, it is unique in that the first and last stripes are white rather than red and the stars have 7 points.