"Britsburgh" flags are interpretations of the British (U.K.) flag in Pittsburgh, black & gold colors, available exclusively from The Flag Factory.

The "Here we go Britsburgh!" flag was created to commemorate the NFL game the Pittsburgh Steelers played in London in 2013.

The "Britsburgh" flag was created for the annual Britsburgh series of events held by the British American Connections Pittsburgh, first held in September 2015 in celebration of Queen Elizabeth becoming the longest reigning British monarch. The BAC-Pgh is an organization to promote friendship and cultural exchange between Pittsburgh & Britain (www.bacpgh.com).  A portion of the proceeds from sale of these flags go to benefit this organization 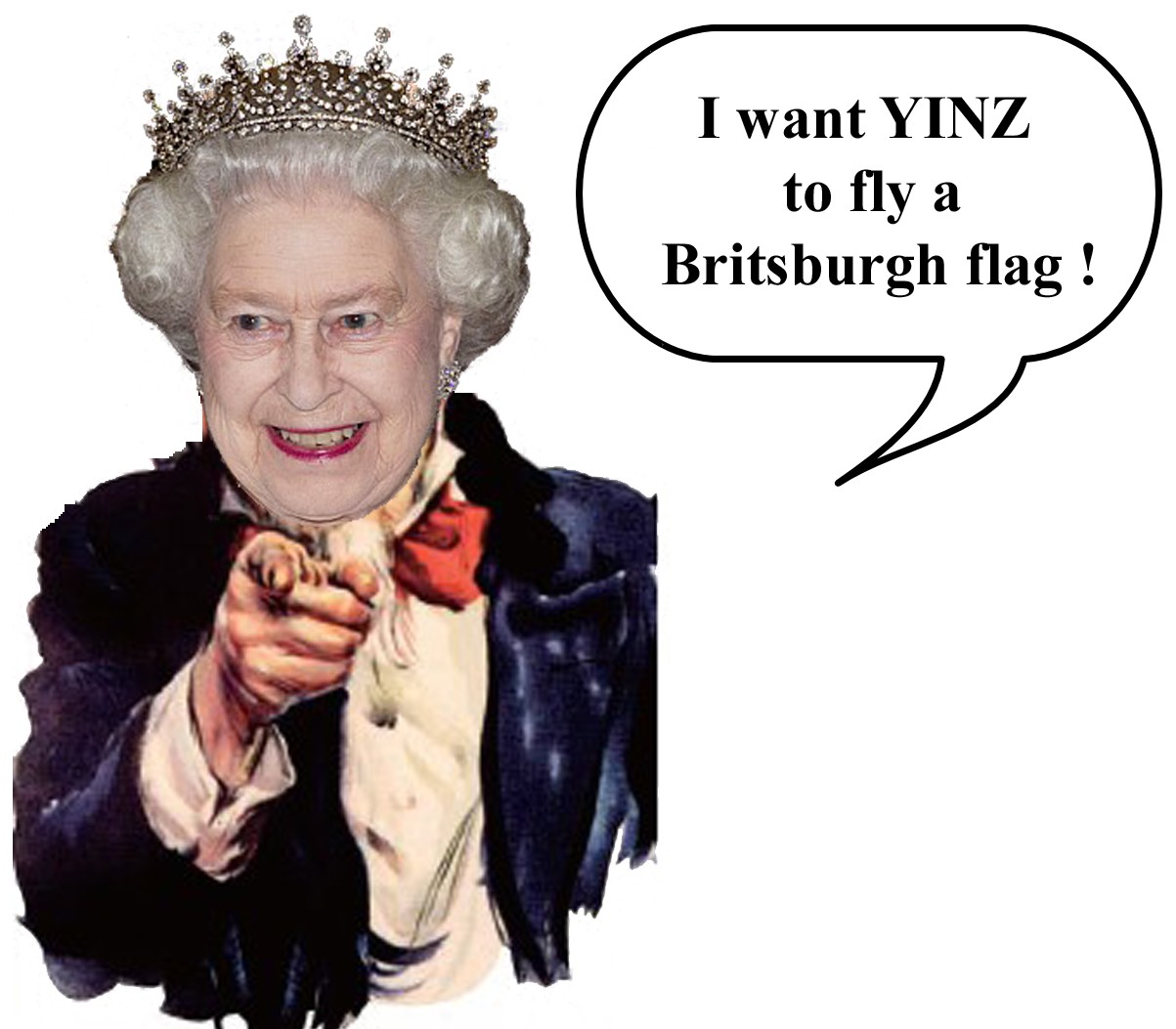 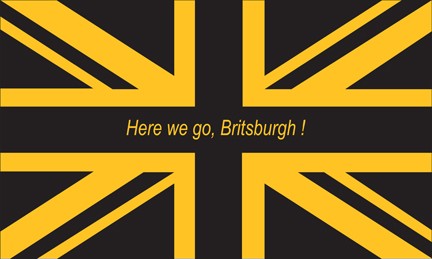